WHERE GROWTH
GETS REAL.

Mentorship is fundamental to the growth journey for any company in the trenches of acceleration. 1855 MASTERCLASS features best-in-class industry leaders with proven track records of success- to inspire, empower, and equip our thriving business community with tools to achieve and drive growth. This intimate and exclusive showcase of “mastery” in thought leadership is delivered in real-time from Whitby’s Innovation District.

Listen, learn, and ask. The speakers are there to share and empower YOUR growth. Each episode will also be archived online, post event.
Watch Episodes here .

Connect with industry leaders and cohorts for elite après-event

networking in our virtual cocktail reception.

Live streaming the mastery to YOU! Sessions will be hosted online until social distancing is no longer a concern and we can safely return to our live event venue, the Whitby Courthouse Theatre.

UP NEXT ON THE VIRTUAL STAGE:

We have none other than former Major League Baseball star and motivational speaker Todd Stottlemyre, coming to share his story with us. Growing up around the majestic Yankee Stadium where his father was an All-Star pitcher for the New York Yankees, Todd was surrounded by many greats like Mickey Mantle, Whitey Ford, and Yogi Berra at an early age.  He was inspired to follow in his father’s footsteps and play in the major leagues because of all he learned from the sidelines. Known most notably for spending half of his 15-year baseball career as Starting Pitcher for the Toronto Blue Jays, Todd was part of their two World Series championship victories in 1992 and 1993.

There was life after baseball which brought both success and failures. Todd became a successful stock market investor, analyst, and business leader. Today he speaks around the globe sharing his personal journey, his desire to continuously learn, and offering guidance on perseverance and dreaming big despite valleys. We look forward to hearing his key learnings, insights, and strategies for setting goals that will make YOU a champion in business and life. 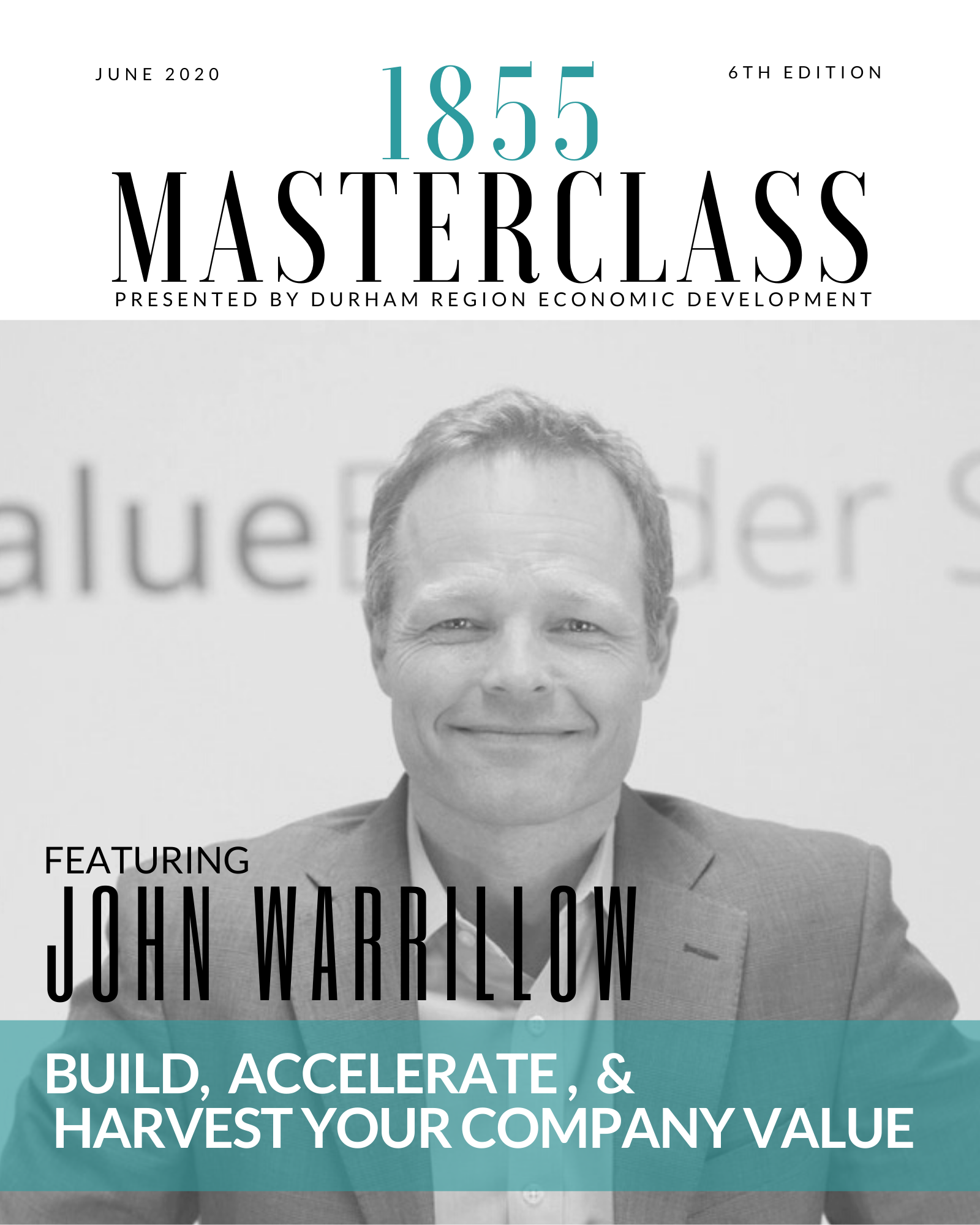 Award-Winning Entrepreneur and Advisor, John Warrillow, Founder of The Value Builder System™, has spent 20+ years helping SMB's level the playing field as they approach their exit. John has four successful exits and was ranked by Forbes Magazine as running one of the world’s best podcasts for business owners. As this pandemic storm subsides, it’s time to assess the damage and that requires asking some essential questions. John Warrillow shares strategies around how these circumstances provide an opportunity to rethink how you approach your company- re-evaluating everything you've done in the past to build a more durable, valuable company in the future. Also features a special musical performance by Peter Katz, Canadian singer-songwriter, JUNO nominee, and storyteller. 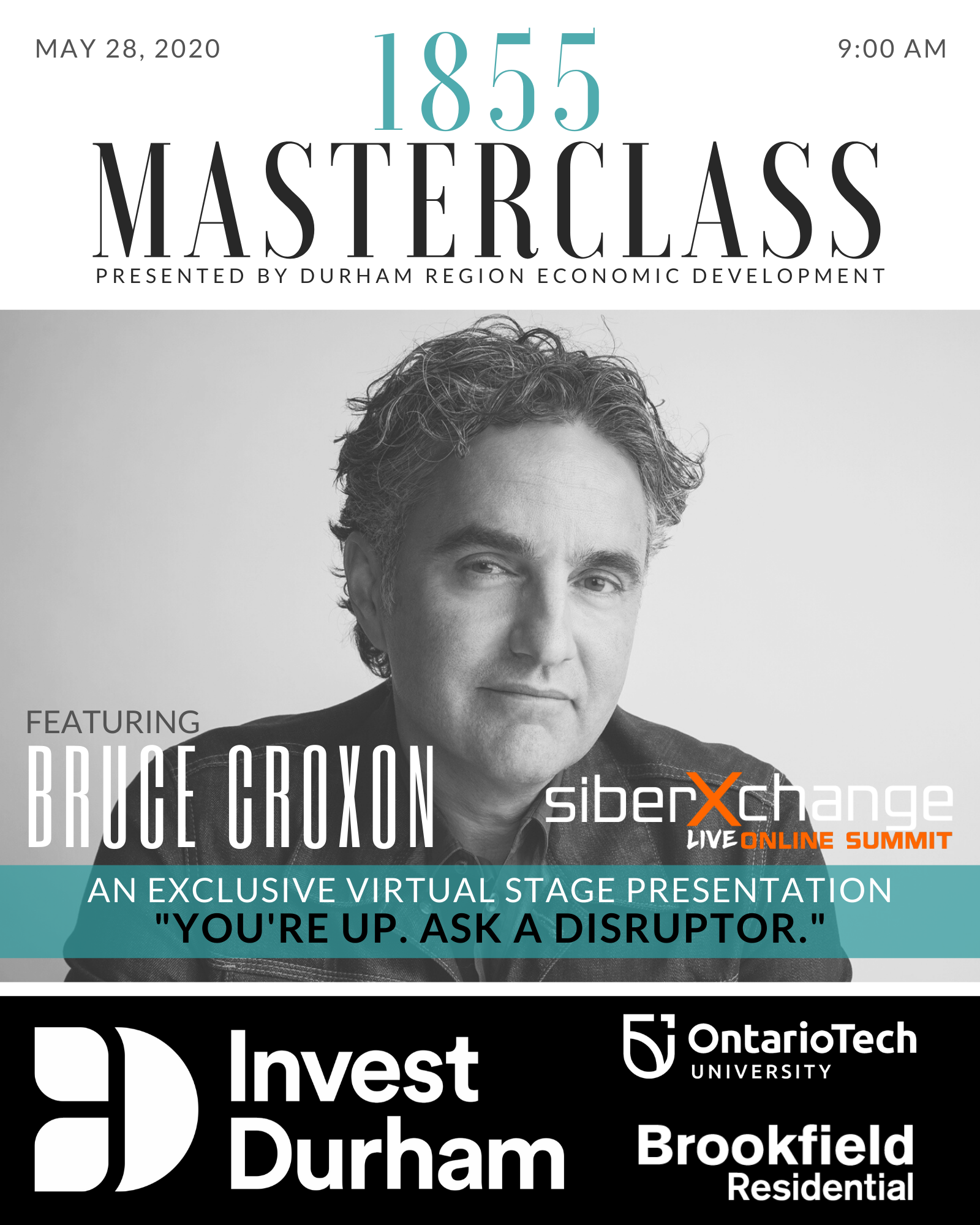 Bruce Croxon kicked off the siberXchange Live Online Summit on May 28 with an exclusive presentation of 1855 MASTERCLASS presented by Durham Region Economic Development. Previously on CBC’s Dragon's Den, Bruce currently helms Round13, a company dedicated to investment in growth stage Canadian tech companies. He also co-hosts The Disruptors on BNN and CTV, a weekly show spotlighting Canadian business. During this episode, Bruce discussed how the tech industry has experienced eras of significant impact in the past and overcame. Learning new ways to do things is the way of the future and COVID-19 has reinforced this. “We always assume the change is more radical than it turns out to be. Change does not happen as quickly as we talk about when we are in the midst of a panic.” 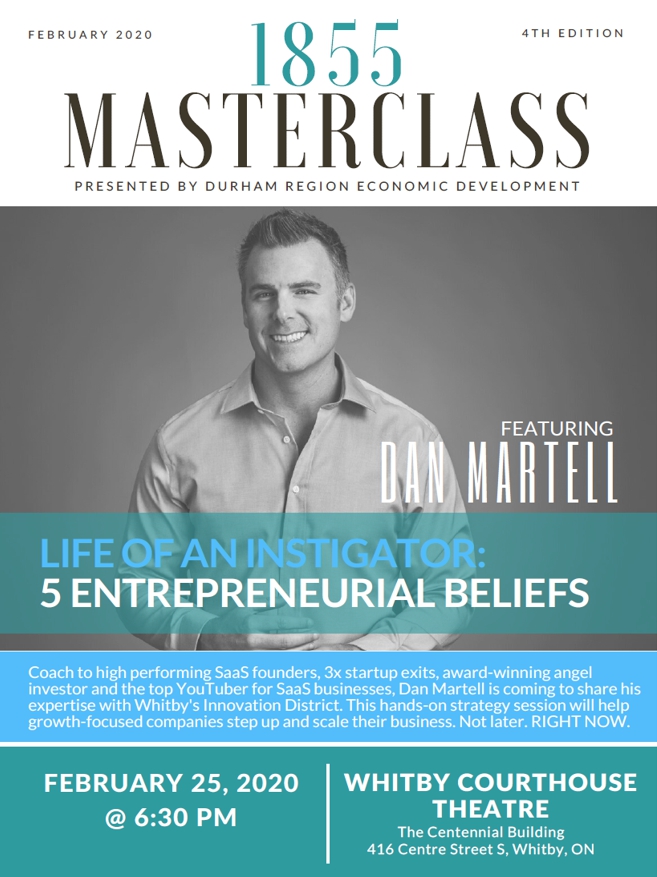 1855 MASTERCLASS:
LIFE OF AN INSTIGATOR

Coach to high performing SaaS Founders, Dan has three startup exits under his belt, is an award-winning angel investor and is THE TOP YouTuber for SaaS businesses. Listen to Dan share his powerful personal journey through a series of learned experiences and tough life lessons, that significantly impacted his success, and his mission to help companies scale companies to exponential growth.


View all photos from the event here. 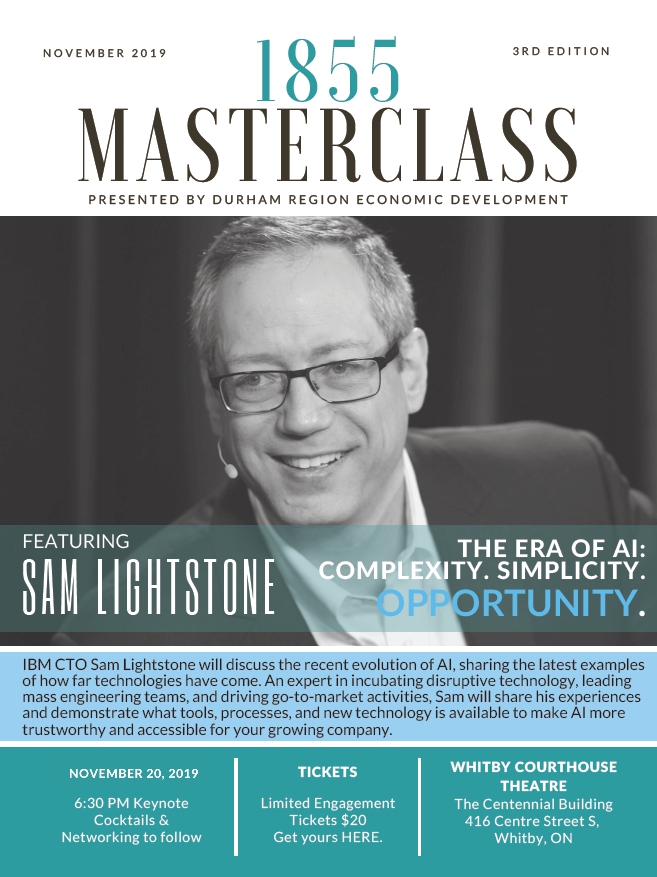 IBM CTO Sam Lightstone discusses the recent evolution of AI, sharing the latest examples of how far technologies have come. An expert in incubating disruptive technology, leading mass engineering teams, and driving go-to-market activities, Sam shares his experiences and demonstrate what tools, processes, and technologies are available to make AI more trustworthy and accessible for your growing company. 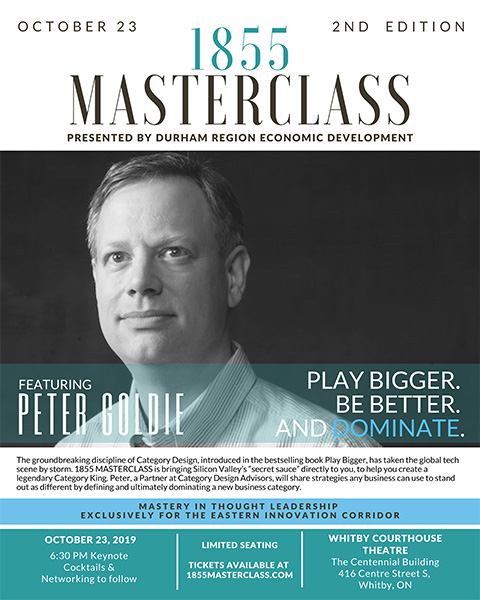 Peter Goldie has a track record of creating and launching market-dominating products and is now a player-turned-coach, helping companies with the emerging discipline of category design.

For the last decade, he’s supported companies as an investor and advisor on business strategy, products, and marketing.  Watch and learn how, you too, can dominate your category. 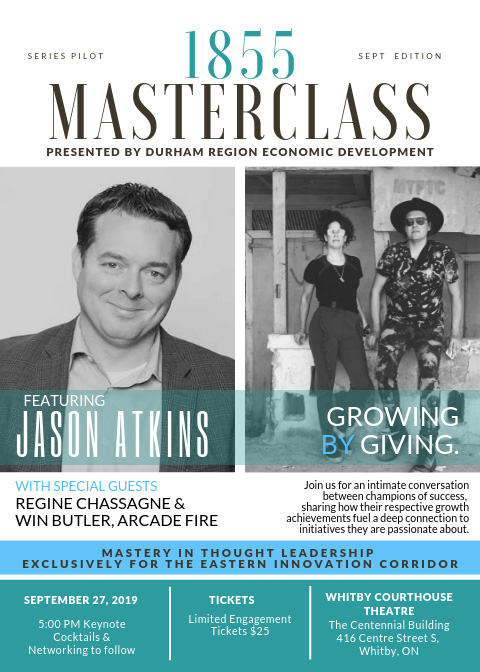 Featuring Jason Atkins, CEO of 360insights, and Régine Chassagne and Win Butler, co-leaders of the iconic world-touring band, Arcade Fire. During an intimate conversation between these champions of success, they share how their growth achievements fuelled a deep connection to initiatives they are passionate about.